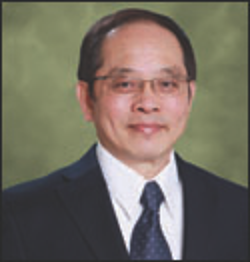 Quantitative determination of the counterions associated with pharmaceutical salts is a mandatory requirement for quality control. While ion chromatography (IC) is the standard technique in most laboratories, capable of delivering excellent sensitivity, specificity and flexibility, there are other simpler and quicker analytical methodologies that may should be considered for this quality control application.

Quantitative determination of the counterions associated with pharmaceutical salts is a mandatory requirement for quality control. Although ion chromatography (IC) is the standard technique in most laboratories, capable of delivering excellent sensitivity, specificity, and flexibility, there are other simpler and quicker analytical methodologies that should be considered for this quality control application.

Accurate determinations of counterions are mandatory for the release testing and quality control (QC) of all pharmaceutical salts to confirm the identity of the salt form and mass balance of the active pharmaceutical ingredient (API) (1). A literature survey indicated that roughly half of the pharmaceuticals in use are salts with hydrochlorides, while sulfates and hydrobromides are the other common pharmaceutical counterions (2,3). While ion chromatography (IC) is the standard analytical technique used in most pharmaceutical laboratories capable of excellent accuracy, specificity, and sensitivity for both cations and anions (4,5), we have experienced frequent instrumental issues with our open-access IC systems in our QC laboratory when they are operated periodically for release testing. These issues of drifting response and long equilibration times were often associated with the extended instrumental idle time between uses. Since the majority of our API salts being tested were chlorides at high levels of 5–15 wt %, the use of high sensitivity IC instruments was not a requirement. This prompted us to investigate alternative methodologies for chlorides and sulfates for our QC laboratories.

In our investigation, we evaluated the method performance parameters accuracy, precision, specificity, linearity, dynamic range, and sensitivity as described in method validation guidelines proposed by The International Conference on Harmonization (ICH) in ICH Q2 (R1) (6). We also assessed other method characteristics such as ease of use, run time, and sample requirements. Evaluation samples included chloride and sulfate salts of commercial drugs and at least one in-house development drug candidate. Procedures, data summaries, and comparative assessments are described in the next sections.

The IC system used was a Thermo Scientific Dionex Reagent-Free ICS-2000 system controlled by the Thermo Scientific Chromeleon chromatography data system. The columns, IC operating conditions (7), and example chromatograms are shown in Figure 1. IC was the reference analytical technique in this comparative study. Not surprisingly, IC was found to have excellent accuracy (good correlation with theoretical salt equivalents), precision (<1% relative standard deviation [RSD]), specificity (very high with conductivity), linearity (coefficient of determination, R2 > 0.999 in 10–100 µg/mL) and sensitivity (limit of quantitation [LOQ] < 100 ng/mL). Summary data are shown in Tables I and II. As previously mentioned, the major shortcomings of IC as experienced in our QC laboratory were response drift and long system equilibration time.

A simple technique for the determination of many common anions using IEC or reversed-phase ion-pairing chromatography with indirect photometric detection has been described previously (8,9). This method is amenable to many common pharmaceutical anions (for example, chloride, bromide, and sulfate), and can be performed on any high performance liquid chromatography (HPLC) system with a UV detector, which is particularly attractive for laboratories without IC instrumentation. Indirect photometry detection is based on the change in absorbance that occurs when an eluent with high absorbance is used to elute anions with low absorbance, creating negative absorbance peaks in the chromatograms when equivalent amounts of the chromophoric components are displaced from the column.

In our study, we used a column and operating conditions described in a Hamilton application note (9) and produced the chromatograms shown in Figure 2. This IEC–UV method yielded reasonably accurate results for chloride ions (Table I); however, sensitivity for later eluted ions such as sulfate was found to be much lower because of broader peaks. We also observed long column equilibration times and substantial baseline disturbances for large-volume injections of sample diluents with a different composition than the mobile phase. This is a key concern because low-solubility drugs require a high concentration of organic solvents in the sample diluent.

A promising technique capable for simultaneous determinations of most common pharmaceutical cations and anions using a mixed-mode column with CAD was described in a recent publication (10) and was evaluated in our laboratory. This technique was successfully implemented in a validated method for the identification and quantitation of pharmaceutical counterions by a European Pharmacopeial laboratory (11). Example chromatograms of MMC–CAD from our own laboratory obtained using an Agilent 1200 HPLC system and a Thermo Scientific Dionex Corona charged aerosol detector are shown in Figure 3. We were able to implement the assay quickly and obtained results with reasonable method performance for both chloride and sulfate counterions. We did, however, observe a nonlinear calibration curve in our standard linearity range of 10–100 µg/mL, despite a linear response that was reported in a previous study at a lower concentration range of 1–24 µg/mL (11).

Wet chemical techniques such as titration using visual or potentiometric endpoint detection have been used reliably for many years (12). Since approximately 50% of pharmaceutical salts are chlorides at high levels, we believed that titrimetry with an automated microtitrator would be a feasible QC technique. In this study, we evaluated a Metrohm Titrando 857 microtitration system equipped with a Silver Titrode electrode and a 2-mL burette. The automated equipment was controlled with Tiamo software and was used with a purchased precalibrated titrant of 0.1006 ± 0.0008 M silver nitrate. The initial evaluation was conducted for chloride salts at ~30 mg sample size dissolved in ~50 mL of water in a small beaker with a magnetic stirrer. The initial experiments yielded results in close agreement with those from IC as shown in Table I.

Next, we evaluated the performance with lower sample weights. Results at 10- and 5-mg sample sizes showed mean recoveries of 101.6% and 100.4%, respectively, with precision values of <2% RSD. Further lowering the sample amount to 2 mg showed a result of 106.1% recovery and a precision of >10% RSD. We also investigated the use of sample diluent as a 1:1 methanol–water mixture with a sample size of 10 mg and obtained excellent recoveries of 99% and 100% for sodium chloride and amitriptyline, respectively, with a precision around 2% RSD. The method was also evaluated for bromide with good recovery results.

We found excellent accuracy performance with acceptable precision and sensitivity for the microtitration methodology. However, MT is only amenable to chlorides and bromides, which constitute the majority of the pharmaceutical anion samples encountered in our laboratory.

Table I shows the summary data of the percent equivalents of the theoretical salts of five drug samples yielding good correlation of chloride data of the three techniques with the reference IC methodology. The data for sulfates were less favorable because of the broader peak shapes of sulfate from IEC–UV and MMC–CAD methods. MT would not work for sulfates under the operating conditions for chloride.

Table II shows a data summary of comparative method performance of the four techniques evaluated. Using lidocaine HCl as a test sample, all four techniques yielded very comparable accuracy and precision data. Linearity in the range of 10–100 µg/mL was found to be excellent for IC and IEC–UV, and for MT in the range of 2–30 mg. Specificity was very high for IC, for which a variety of columns and mobile phase conditions for pharmaceutical anions are available. MMC–CD offers a reasonably good peak capacity under gradient conditions. Under isocratic conditions, IEC–UV was found to be significantly less specific with limited peak capacity. MT is only amendable to chlorides and bromides.

Sensitivity (LOQs) for chlorides was <100 ng/mL, 5 µg/mL, and 2 µg/mL for IC, IEC–UV, and MMC–CAD, respectively. The LOQ of MT for chloride was estimated to be ~2 mg. The sensitivity for sulfate was considerably lower with IEC–UV and MMC–CAD. We ranked MT highly for ease of use. MT is a nonchromatographic technique that does not require system suitability verification for QC testing. The use of relatively simple instrumentation and precalibrated reagents in MT makes it an attractive QC technique for release testing.

Our preliminary investigation and literature search yielded several additional analytical techniques for pharmaceutical anions. One obvious choice was to use IEC with nonsuppressed conductivity detection, yielding adequate sensitivity with good specificity at parts-per-million (ppm) levels for both anions and cations (14). Unfortunately, we did not have such a conductivity detector in our laboratory and most HPLC manufacturers do not offer one. Adding such a detector using an analog or digital convertor to our chromatography data system network was possible, but would impose additional quality assurance documentation.

Mass spectrometry, prolific in most pharmaceutical laboratories, would be a flexible and sensitive platform technology for ion analysis. One pharmaceutical laboratory presented excellent liquid chromatography–mass spectrometry (LC–MS) data for both anions and cations, and demonstrated its use in release testing of early drug development candidates (15). The laboratory’s data showed comparable method performance to IC with a much shorter run time of 1.5 min. Our own investigation indicated that the feasibility of this LC–MS approach would be highly dependent on the model of single-quadrupole mass spectrometer used since not all brands could be tuned to low-molecular-weight analyses for anions such as chloride at a mass-to-charge ratio of 35.

Another separation technique would be the use of hydrophilic interaction chromatography (HILIC) with CAD, evaporative light scattering detection (ELSD) or refractive index detection (16). However, our preliminary investigation indicated that HILIC was less robust than MMC and thus offered no clear advantages for this technique.

Our evaluation data confirmed the excellent performance of IC, which delivered exceptional method specificity, sensitivity, and accuracy performance. In subsequent meetings with the manufacturer’s representatives, several recommendations were made to improve system reliability and reduce equilibration times for our open-access equipment:

While all three alternate methodologies yielded accurate results for chloride samples, IEC–UV using indirect photometry delivered a lower performance in specificity and sensitivity. MMC–CAD is an attractive alternative to IC for the simultaneous analysis of many pharmaceutical anions and cations for both QC testing and research investigations of residual ions in process samples. The nonlinear response of the CAD system can be mitigated by a narrower calibration range in the actual method. MT was our first choice as an alternate technique for chloride and bromide samples. MT has exceptional reliability and excellent accuracy to a sample size of 5 mg in both aqueous or 50% methanol–water diluents.

Dr. Ross Woods is an investigator at GlaxoSmithKline where he conducts research to support multiple projects in new drug development. He has a PhD in Analytical Chemistry from the Univeristy of Texas at Arlington and was a graduate student in the lab of Daniel Armstrong when he performed investigation of this work as a summer intern at Genentech.

Michael W. Dong is a principal of MWD Consulting, which provides training and consulting services in HPLC and UHPLC, pharmaceutical analysis, and drug quality. He was formerly a Senior Scientist at Genentech, Research Fellow at Purdue Pharma, and Senior Staff Scientist at Applied Biosystems/Perkin-Elmer. He holds a PhD in Analytical Chemistry from City University of New York. He has more than 100 publications and a best-selling book in chromatography. He is an editorial advisory board member of LCGC North America. Direct correspondence to: LCGCedit@ubm.com