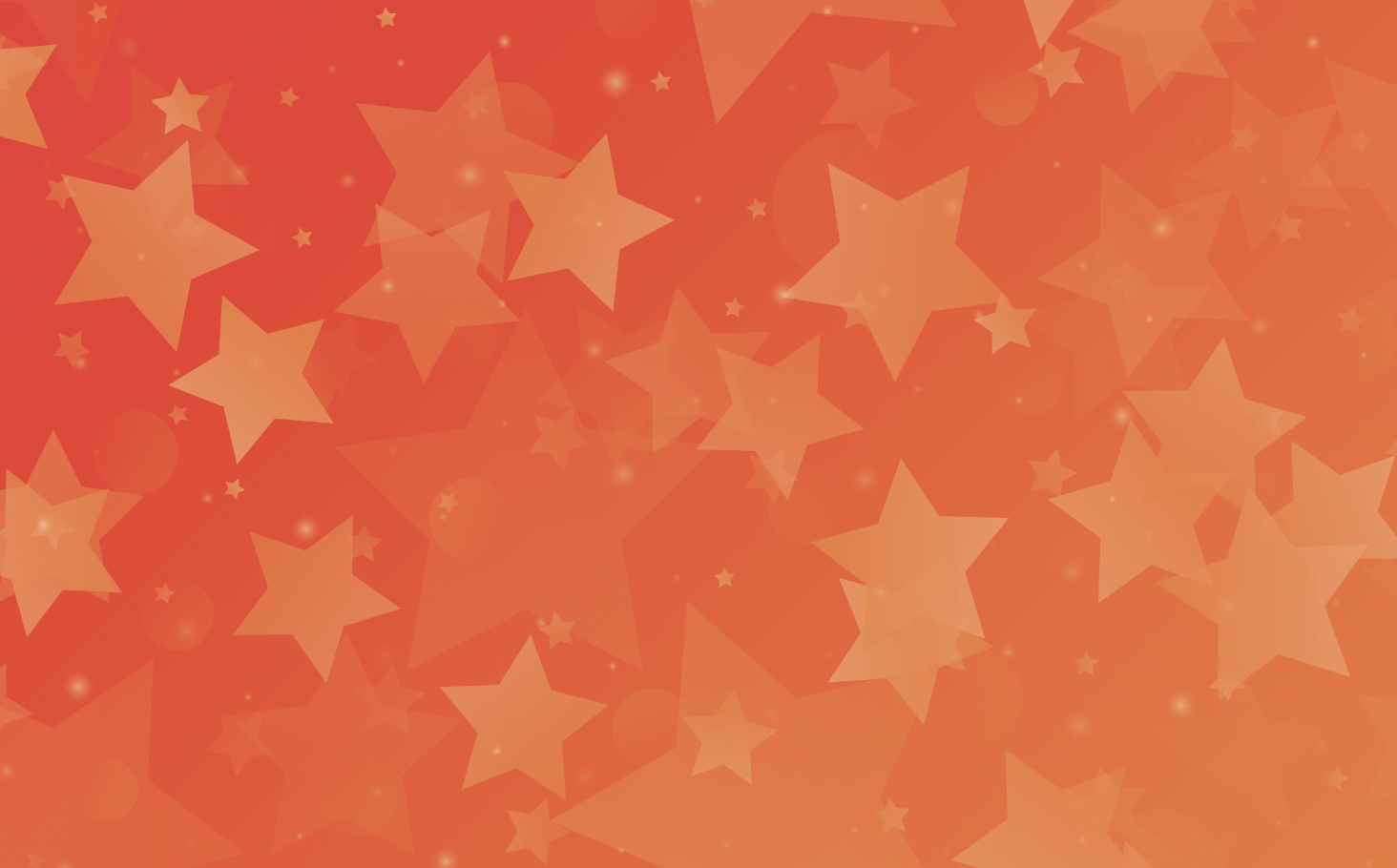 In the first in our series of interviews with early career researchers we spoke to Mariosimone Zoccali, assistant professor of analytical chemistry at the University of Messina, Italy about his innovative work to develop a powerful analytical method using online SFE–SFC–QqQ-MS to analyze important bioactive molecules.

Q. When did you first encounter chromatography and what attracted you to the subject?

A. I took my first steps into chromatography during my second year of Pharmaceutical Chemistry and Technology degree course in 2007 at the University of Messina (Italy). At that time, I had the chance to attend the analytical chemistry laboratory directed by Professor Luigi Mondello. I still remember the day I saw a two‐dimensional (2D) chromatogram acquired by Professor Peter Tranchida using the longitudinally modulated cryogenic system (LMCS) modulator. I was immediately struck by the impressive 2D map of a cod liver oil fatty acid methyl ester sample, which I associated with video game graphics!

Q. Can you tell us more about your Ph.D. thesis?

Q. What chromatographic techniques have you worked with?

A. Under the authoritative mentorship of Prof. Mondello and Prof. Tranchida, the techniques used during my Ph.D. have been: fast gas chromatography tandem mass spectrometry (fast GC–MS/MS), online LC–GC, off‐line liquid chromatography coupled to comprehensive two‐dimensional gas chromatography mass spectrometry (LC//GC×GC‐MS), and GC×GC–MS. The methods developed have been successfully applied to untargeted and targeted food analysis. The use of such powerful analytical instruments enabled detailed information to be obtained, particularly related to food safety. In this regard, different kinds of contaminants were investigated, such as mineral oil saturated hydrocarbons and pesticides, both topics of high relevance in recent years.

It is also worth mentioning the four‐dimensional combination of LC and GC×GC–MS, an approach that could open new analytical doors in the near future, especially for the elucidation of very complex samples, and for trace‐analysis. After achieving my Ph.D. degree, I also had the opportunity to work with supercritical fluid extraction (SFE) and supercritical fluid chromatography (SFC) systems coupled with triple quadrupole MS (QqQ/MS).

A. Carotenoids are naturally occurring pigments, usually consisting of a C40 backbone, associated with beneficial health properties. Apocarotenoids result from oxidative and enzymatic cleavage of the parent carotenoid, which are very important bioactive molecules in plants (1) and have also been reported in humans where they may exert unique biological activities (2). For example, it has been suggested that β‐apocarotenoids function as naturally occurring antagonists of retinoic acid receptors, with possible implications as modulators in cardiovascular diseases and cancer prevention. Despite the great interest, only a limited number of studies are available in the literature on human blood apocarotenoids.

Carotenoids and apocarotenoids detected in very low amounts in human blood samples could represent useful biomarkers in large clinical or epidemiological studies. Consequently, we undertook the development of an analytical platform consisting of SFE–SFC with QqQ/MS, as a rapid and sensitive comprehensive evaluation tool.

Q. You decided to use SFC–MS/MS as the separation technique for this application. Why was SFC chosen rather than, for example, LC–MS/MS?

A. Given my enormous curiosity, in 2016, as soon as the instrument was installed in
the laboratory where I work, I immediately decided to learn how to use it. My initial
idea was to develop a method that could attract a broader interest beyond the scientific community. The main practical advantages of SFC over high performance liquid chromatography (HPLC) are the low viscosity of the mobile phase and high‐diffusion coefficients, allowing for high linear velocities to be employed, and high‐efficient separations to be achieved. Additionally, supercritical CO2 is non‐polar and is ideally suited for the extraction and separation of hydrophobic compounds. MS/MS obviously allows high selectivity and sensitivity detection.

The idea was to develop a rapid screening method for bioactive compounds, such as carotenoids and apocarotenoids in biological samples, by combining the benefits of these techniques.

Q. What advantages did online SFC offer over other sample preparation techniques? When is it useful to use SFE?

A. In general, SFE offers a series of compelling advantages in terms of volume and toxicity of solvents employed, the amounts of waste produced, and a reduction in occupational exposure hazards. Apart from the significant savings in time and associated costs, further advantages of SFE over conventional extraction consist in its selectivity and easy removal of residual CO2, by easy disposal of the expanded gaseous CO2 after depressurization. Moreover, hyphenated SFE–SFC systems are easily implemented and offer advantages in terms of solvent and energy consumption, separation efficiency, and speed of analysis. Online SFE–SFC offers a series of clear benefits, consisting in minimum sample preparation and associated risks of cross‐contamination, suitability for analytes prone to oxidation or degradation, improved run‐to‐run precision, easy setting of batch‐type applications, and the likelihood for complete automation of the whole analytical system.

Interestingly, by adding different amounts of a more polar solvent to the CO2 mobile phase (the so‐called modifier), the range of SFE–SFC‐amenable compounds may be conveniently increased, to more polar analytes.

Q. What is novel about this approach from an analytical perspective and what were your main findings?

A. The online SFE–SFC–QqQ‐MS method developed has shown to be a powerful analytical tool for rapid screening of bioactive molecules in intact human blood samples. The true significance of this research lies in the demonstration that proper operation of new analytical systems allow for the detection of bioactive molecules never reported previously. The latter could be identified in very small aliquots (only 10 μL) of biological samples, and without any sample pre‐treatment. Moreover, the development of these methods fits perfectly into the context of green chemistry, reducing both the use of chemical solvents and the associated wastes.

Q. Do you think SFC is gaining wider acceptance and, if so, in what types of applications?

A. SFC was introduced in the 1960s and had a rapid rise as a new separation topic in the late 1980s and 1990s, before starting a slow decrease and almost waning over a 20‐year span, standing behind the scenes of separation techniques. The last 15 years have witnessed a renewed interest in this technique, as the introduction of a new generation of user‐friendly commercial instruments has given new propulsion to the development and application of SFC‐based methodologies.

In the past, the SFC technique was largely used for the analysis of lipophilic compounds, mainly lipids. Nowadays, there is a growing trend towards the analysis of molecules with higher polarity—such as monosaccharides, saponins, flavonoids,
and plant metabolites—with promising pharmacalogical effects. Another category, which is recently attracting a great deal of attention, is cannabinoids, often occurring in both medical and forensic applications.

Q. You also used SFC to analyze free apocartenoids and apocartenoid esters in human colostrum (3). What were your main findings here?

A. It was a very interesting study performed in collaboration with the Department of Human Pathology in Adult and Childhood of my University in Messina, Italy. The presence of non‐retinoid apocarotenoids in human colostrum was reported for the first time. The formation of free apocarotenoids may be related to their potential contribution in the regulation of various cellular functions, as well as to homeostasis. The occurrence of the esterified forms is probably related to a more stable form of storage, as is the case of vitamin A deposited as retinyl esters in human tissues. Their occurrence in human colostrum has probable implications for newborn health status because colostrum represents the only form of food during the very first days of human life.

Q. What projects are you working on next?

A. I will certainly continue my research work based on the SFE–SFC technique; currently we are implementing a method for the extraction and characterization of chiral pesticides in hemp seeds. At the same time, returning to my first “love”, in collaboration with Professor Synovec’s group, we are testing the capabilities of a newly developed software for comparing large GC×GC data sets. For this work, we are analyzing the volatile fraction of Sicilian autochthon wines by headspace solid‐phase microextraction comprehensive two‐dimensional gas chromatography time-of‐flight mass spectrometry (HS‐SPME–GC×GC–ToF‐MS). Untargeted analysis of GC×GC‐MS data is undoubtedly the most profitable strategy for exploring the volatile food metabolome, however, given the enormous amount of data generated, the use of statistical software has become essential for fast and reliable elaboration.

Q. What do you think are the most exciting emerging trends in chromatography?

A. The world is becoming greener and smarter, and this trend is also clear in the field of separation science. In general, new developments are based on faster, simpler, and cost‐effective approaches. An increasing trend to sustainable methods is recognized considering both sample preparation and analysis. “Intelligent” and fully automated systems are continuously improved, reducing the need for manpower and the associated error sources. I can foresee that the near future will witness these intelligent systems based on machine learning, allowing for rapid sample assessment by predictive and chemometric models, and automated targeted regulatory testing, as well as non‐targeted studies.

The Column will be running a series of interviews in 2021, featuring the next generation of separation scientists. If you would like to nominate a “rising star” for consideration, please send the name of the candidate and why they deserve recognition to Alasdair Matheson, Editor‐in‐Chief, LCGC Europe at amatheson@mjhlifesciences.com.