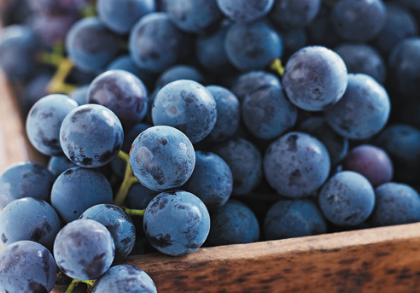 The absorption of migrating substances, such as bisphenols, from food contact materials has been associated with adverse health effects. Thus, increasing concern about food contamination and human exposure has necessitated the development of analytical methodologies to monitor the migration of organic substances from food contact materials to packaged food. Following the modern trends of green analytical chemistry (GAC) toward the automation, miniaturization, simplification, and minimization of organic solvents and sample volumes, green microextraction techniques, such as molecular imprinted polymer solid-phase extraction (MISPE), are witnessing rapid growth in the field of food quality and safety. This short review summarizes recent trends in the development of MISPE analytical methodologies applied to foodstuffs for the determination of bisphenols from packaging materials and to ensure the quality and safety of food products.

Bisphenol A (BPA) is widely used as a starting material in the production of epoxy resins, polysulfonates, and polycarbonates. Furthermore, BPA-based polymer materials are widely used for the production of electronic products, medical equipment, thermal paper, bottles, and food containers. BPA leaches from containers to the content, causing several health hazards. Different factors, such as the food type, temperature, pH, contact time, and the thickness of the packaging material, affect the migration amount of BPA from the container to the product during industrial processing and storage. Considering that BPA is a contaminant with endocrine-disrupting properties, and that the general population is exposed to it not only from the environment, but also from food sources, the European Union has set a migration limit of 0.05 mg/kg (1).

The endocrine-disrupting properties of BPA have favored the use of bisphenol analogs in the industry. The most commonly used bisphenol analogs used are bisphenol AF (BPAF), bisphenol AP (BPAP), tetrabromobisphenol A (TBBPA), bisphenol B (BPB), bisphenol C (BPC), bisphenol E (BPE), bisphenol F (BPF), bisphenol S (BPS), and bisphenol Z (BPZ) (Table I). Even though studies have shown that bisphenol analogs have proven less harmful than BPA, they are still under investigation. All bisphenols have revealed estrogenic activity, with BPAF having the highest level and BPS having the lowest. Therefore, it is evident that there is an emerging need to develop sensitive and accurate analytical methodologies for the determination of these compounds (2).

Even though analytical methodologies have progressed throughout the years and made quantification of substances at very low concentrations possible, sample pretreatment still remains the most critical and time-consuming part of any analytical methodology (3). Traditional sample extraction techniques, such as Soxhlet extraction and liquid–liquid extraction (LLE), require the use of large solvent volumes and a substantial amount of time. In accordance with the recent trends of green analytical chemistry (GAC), sample preparation methodologies aim at the simplification and miniaturization of sample preparation steps of the laborious and time-consuming traditional LLE and solid-phase extraction (SPE). Currently, new objectives have been established in sample preparation, including the use of smaller sample sizes and volumes to maximize automation and minimize the aforementioned drawbacks of traditional techniques. In this context, a variety of different approaches toward the development of microextraction techniques have been proposed (4).

The long-lasting search for universal multi-purpose sorbents in SPE has led to the quick development of novel tailor-made sorbents that can be used for selective and efficient sample clean-up and preconcentration of the target analytes. Molecularly imprinted polymers (MIPs) are used in SPE as synthetic alternatives to immunosorbents because of their high selectivity and affinity for the target analytes. The MISPE technique describes the use of SPE with molecularly imprinted polymers, and is considered one of the most advanced preconcentration techniques with respect to the adoption of MIP-based technologies by the scientific community. A MIP is produced by the polymerization of a solution containing a functional monomer, a cross-linker, and template (5). Prior to the polymerization, the functional monomer interacts with the template. After polymerization, the template is removed and the final material contains cavities that can selectively bind to compounds with a similar chemical structure.

MIPs are tailor-made materials that possess specific recognition ability for the target analytes (6,7). In particular, MIPs offer several advantages, such as a moderately inexpensive synthesis, near-infinite self-life, and the ability to be used several times without considerable loss in molecular recognition, while offering ease of production in bulk (8). MIPs are valued for their capability to enrich the analytes, reduce matrix effects, and clean up the extract. The fabrication of MIPs includes the template molecules, one or more functional monomers or precursors, a cross-linking monomer, a porogenic solvent, and a catalyst or a reaction initiator. Their presence in the reaction container in appropriate molar ratio and optimum reaction conditions results in self-assembling of the functional monomers around the template and subsequent cross-linking that yields a solid mass with the entrapped templates in its core.

The successful removal of the template from this solid matrix creates particles possessing nanocavities that are complementary to the size, shape, and functional composition of the template molecules (4). Because of their increasing demand and use, different synthesis approaches have been developed (9).

In most cases, MIPs are used in a cartridge or column format to clean up and enrich the samples prior to chromatographic analysis (10). The general MISPE procedure involves non selective adsorption of the sample onto the cartridge, followed by the selective elution of the analytes of interest in a small volume after choosing the appropriate solvent. Optionally, a washing step can take place between sample loading and elution, with a weak solvent to remove the undesired matrix interferences, without displacing the analyte.

Taking into consideration that foods and beverages are complex matrices owing to the presence of several interfering molecules and that BPA exists in trace levels, MISPE has already proved its excellent selective adsorption ability and applicability to bisphenol analysis, while at the same time increasing the efficiency of the extraction process for the isolation of bisphenols (11).

Monitoring the residual concentrations of bisphenols in foods is the key step to minimize potential hazards. MIPs enable the extraction of bisphenols at trace and ultratrace levels (12).

The typical protocol of MISPE extraction involves using a small amount (15–500 mg) of imprinted polymer painted into cartridges. The MIP is conditioned with the appropriate solvent and then the sample is loaded and remains for a specific holding time. A washing step is necessary to maximize the specific interactions between the target analyte and the imprinted polymer, while at the same time nonspecifically bound interfering compounds will be eluted. After the washing step to remove other bound matrix components, the analytes are eluted with the appropriate solvent (13). A typical MIPSE protocol is illustrated in Figure 1.

There are several commercial MIP cartridges dedicated to bisphenol extraction, such as SupelMIP from Sigma-Aldrich and Amfimip from AFFINISEP. BPA, BPB, BPF, BPA diglycidyl ether (BADGE), and bisphenol F diglycidyl ether (BFDGE) were determined by Gallo and coworkers using Amfimip and high performance liquid chromatography (HPLC) with fluorescence detector (FLD), and achieved relatively low limits of detection (LOD). Despite the fact that MIP cartridges are available on the market, several authors have proposed in-house synthesis of MIPs and their application for bisphenol extraction. The most common types of MIPs used for BPA extraction from food samples are presented in Table II.

Dummy template molecularly imprinted polymers (DMIPs) use structurally related analogs as alternatives to a template molecule. DMIPs offer the advantage that a possible template leakage from the polymer will not influence quantification results in complex matrices (14).

Magnetic MIPs (MMIPs) have additional features, such as magnetic properties, compared to conventional MIPs. The incorporation of a magnetic component in a MIP can build a controllable rebinding process, allowing magnetic separation. When MIP particles contain magnetic components, adsorption can be achieved by dispersing them in solution, and then they can be easily separated from the matrix using an external magnet (14). Magnetic separation enables convenient and highly efficient enrichment and evades the requirement to pack the SPE column and the time-consuming process of loading a large-volume sample. Dong and associates (15) established a thermosensitive MIP (T-MIP) on porous carriers for the sensitive extraction of BPA from yogurt and investigated the effects of temperature on the adsorption capacity.

Between different synthesis protocols, the sol-gel technology for molecular imprinting has managed to overcome several shortcomings off the organic synthesis approach, providing a versatile new synthesis approach that can be operated at room temperature and ambient pressure. Sol-gel MIPs offer several advantages over organically synthesized MIPs, such as high imprinting factor, controllable pore size, superior molecular recognition, significantly high surface area, high concentration of imprinted cavities, and superior structural integrity (16). The use of sol-gel MIPs in sample preparation may incorporate several factors to be optimized, depending on the matrix. These include the optimization of the sorbent mass in the cartridge, the selection of the sample volume and the extraction solvent, the holding time and the elution volume, and the extraction flow rate. After the optimization of the extraction, selectivity studies are critical to evaluate the performance of the MIPs. For this reason, a non-imprinted polymer (sol-gel NIP) is synthesized corresponding to sol–gel MIP, but in the absence of the template to evaluate the selectivity of a sol–gel MIP for the target analyte. The same extraction protocol is applied for compounds that have a chemical structure and properties similar to those of the target analyte (17). In the case of BPA, the selectivity of the MIP is evaluated by comparing the imprinting factor of the template (BPA) and its close structural analogs BPB, BPF, BPS, and so on. The imprinting factor (IF) expresses the tendency of the MIP to selectively recognize and bind the template and is calculated by:

where QMIP and QNIP represent the adsorption capacity of the MIP and NIP, respectively.

The selectivity coefficient (SC) presents the selectivity of the MIP sorbent towards the target analyte in comparison to other homologues is calculated by:

Chromatographic analysis is commonly used for the determination of bisphenols. The analytical methodologies that have been applied to the determination of BPA in foodstuffs include high-performance liquid chromatography (HPLC) coupled to UV (18), diode array detection (DAD) (11) or FLD (19), liquid chromatography coupled to mass spectrometry (LC–MS) (20), and gas chromatography coupled to mass spectrometry (GC–MS) (21). LC enables the analysis of the extracts without the extra derivatization step that is necessary in GC. LC analysis is usually carried out using reversed-phase C18 columns with water and methanol or water and acetonitrile as mobile phases, in isocratic or gradient mode (3). UV and FLD detectors have been used for the detection of bisphenols, but MS is the most commonly used, providing very low LODs (3).

The fabrication and use of MIPs in sample preparation as selective sorbent materials has attracted great attention in recent years, leading to the development of analytical protocols that enable the selective extraction of specific analytes. The migration of BPA is an emerging issue and has necessitated the development of rapid, sensitive, selective and efficient microextraction techniques for their determination. MIPs are versatile and highly selective tools that enable the sensitive determination of bisphenols in complex matrices like food. Their inherent advantages include selectivity, sensitivity, robustness, and low cost. MIPs are subject to extensive commercialization in the future. MIP separation efficiency is achieved by the simultaneous realization of improved molecular recognition, enhanced mass transfer kinetics, reduced site heterogeneity, and better access to the site. Even though MISPE is a robust sample preparation technique, improvements concerning the selection of polymerization mixtures, the development of water-compatible sorbents. and industrial scale-up are necessary.

Natasa P. Kalogiouri and Victoria F. Samanidou are with the School of Chemistry at Aristotle University of Thessaloniki, in Thessaloniki, Greece. Direct correspondence to: samanidu@chem.auth.gr.