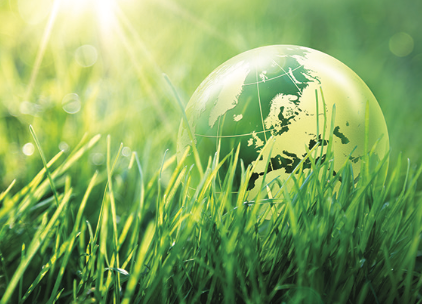 Per- and polyfluoralkyl substances (PFAS) are compounds that contain perfluorinated or polyfluorinated carbon chain moieties such as F(CF2)n- or F(CF2)n-(CH2)m. PFAS are widely used in consumer and industrial applications. There has been increased concern over the levels of PFAS, such as perfluorosulfonate (PFOS) and perfluoro-octanoic acid (PFOA), in the global environment and their potential adverse effects on the environment. In the United States, recent EPA methods 533 and 537.1 were released for analyzing PFAS in drinking water samples. A semi-automated system that combines elements of fully manual and automated procedures was developed and tested. Both methods use 250 mL water samples that were spiked with 2–32 ng/L PFAS standards. Styrenedivinylbenzene (SDVB) cartridges were installed on the system and the vacuum was turned on. The cartridges were conditioned, and then the samples were loaded across the cartridges (25–50 min). The sample bottles were automatically rinsed with water and the rinses were also loaded. Cartridges were dried and eluted for collection. Samples were reduced in volume using an automated concentrator. A total of ~30 PFAS were analyzed with recoveries well within the method acceptance windows (70–130%). Data showed good reproducibility with native background contributions from the system (<0.20 ng/L). Total processing time was between 50 min (537.1 method) and 75 min (533 method).

Per- and polyfluoralkyl substances (PFAS) are compounds that contain perfluorinated or polyfluorinated carbon chain moieties, such as F(CF2)n- or F(CF2)n-(CH2)m. Recent years have seen a great increase in the need for fast and reliable PFAS analyses in various types of environmental samples, especially in drinking water.

PFAS have been widely used in various consumer and industrial applications. These applications include firefighting foams, floor polishes, grease-proof coatings for paper products approved for food contact, insecticide formulations, mining and oil well surfactants, stain-resistant coatings for textiles, leather, and carpets. Some of the PFAS, such as perfluorosulfonate (PFOS) and perfluoro-octanoicacid (PFOA), have been studied extensively for their increasing levels in the environment. In animal studies, adverse effects on multiple organs (liver and pancreas), developmental problems in rodent offspring exposed in the womb, endocrine disruption, and reduced immune function, have been found (1). Possible effects on human health are still being investigated (2).

PFAS have been added in 2009 and 2019 to the 2004 Stockholm Convention to which the majority of countries in the world have acceded (3). The U.S. Environmental Protection Agency (EPA) has established an advisory level of drinking water not to exceed 70 ng/L of PFAS (4). Recent years have seen the releases of EPA methods 533 and 537.1 for PFAS analyses in drinking water using solid-phase extraction (SPE), which are being followed by commercial and governmental environmental laboratories in North America (5,6).

Manual methods for PFAS extraction generally involves using a vacuum manifold with cartridges placed on top to load the samples and then elute them into collection vessels. Because this system is open to the laboratory background, it is prone to lead to sample contamination. Water present in the extracts needs to be removed after elution of the cartridges in a separate step. The extractions typically require the attention of a laboratory technician throughout the entire procedure. Fully automated methods have the advantage of a closed system, which reduces the chances of background contamination. Solvent use for cleaning the system is likely to be less than with the manual method since the automated systems run cleaning solvents through the sample lines and connections only. Water removal from the extracts can be done with inline drying cartridges (sodium sulfate). Automated systems are typically run with a built-in computer which allows for unattended extractions freeing up workers for other tasks (7).

Combining the best features of both the manual and automated methods can lead to a semi-automated system that is relatively inexpensive and able to extract drinking water samples for PFAS reliably and with good reproducibility. Many laboratories do not have sufficient funds available to purchase fully automated systems. However, the semi-automated method described here is a good solution for laboratories that do not have as much financial capital.

The system can extract six or 12 samples of 250 mL drinking water in polypropylene bottles with Delrin fittings (Fluid Management Systems). The tubing is made of polyethylene so that background concentration of PFAS (as present in Teflon) is greatly reduced. The system operates under the vacuum, which stays on during the entire procedure. Various features of a semi-automated SPE system are shown in Figure 1. The system has a stage 1 manifold with stopcocks for cartridge conditioning, sample loading, and automated bottle rinsing. Stage 2 is the manifold used for elution, and it contains a glass tank with six or 12 positions for collection vessels. Each of the manifolds are comprised of a vacuum regulator and a vacuum gauge. On the front of the base of the system, there is a nitrogen pressure gauge, a nitrogen gas regulator and valve (for drying and automated bottle rinsing), a valve that switches the vacuum suction between stages 1 and 2, and a valve that sends the waste to either aqueous waste or organic waste.

Extracts were concentrated to dryness in an automated concentrator (Fluid Management Systems). The concentrator has 24 positions for concentration at 65 °C under a nitrogen flow of 9 psi. The polypropylene collections vials are graduated for 15 mL and are conical in shape. The system uses a dry bath heating element with a time-based endpoint, and the temperature and time log were saved.

A gradient solvent program was used with 0.1% for- mic acid in liquid chromatography–mass spectrometry (LC–MS) grade methanol (solution A) and 0.1% formic acid in LC–MS grade water (solution B). The details of the gradient method are seen in Table I.

Samples were analyzed in negative electrospray ionization (ESI) mode. Desolvation gas (nitrogen) flow rate was kept at 750 L/h, capillary voltage at 0.5 kV, and the source and desolvation temperatures at 120 oC and 250 oC, respectively. Mass range was set from 50 to 950 Da with a scan rate of 0.055/s.

Figure 2 shows recoveries for PFAS analyzed in accordance with EPA method 533. This method is comprised of perfluorocarboxylic acids that have a linear chain of carbon atoms all substituted with fluor and a terminal carboxylic acid group, perfluorosulfonic acids that are similar in structure but have a terminal sulfonic acid functional group, and three other compounds (4:2 FTS, 6:2 FTS, and 8:2 FTS) that are sulfonic acids in which the two carbon atoms nearest to the sulfonic functionality have no fluor atoms substituted. Average recoveries were between 80–105% for a set of samples with relative standard deviations (RSDs) shown as error bars. The recoveries were all well within the acceptance window of the method, which is 70–130% in this instance.

Table II shows recoveries for method 537.1 PFAS run the on the system. Samples were run at 2, 4, 24, and 32 ng/L. Data are between 80–120% and again all within the 70–130% acceptance window of the method. The data also shows that good recoveries can be obtained for both lower and higher PFAS concentrations.

Figure 3 has background concentrations for method blank runs done on the system. The contributions from the system are low: the highest blank concentration found is that of PFOA at 0.2 ng/L. The other PFAS shown are present at lower concentrations, mostly <0.05 ng/L. The system is clearly suitable for trace level determination of PFAS in water. The use of polyethylene and polypropylene materials is clearly very effective in keeping native background of PFAS to a minimum.

Sample data shows high recoveries for all spiked native PFAS for both 533 and 537.1 methods. All native recoveries are well within the 70–130% acceptance windows for both methods. RSDs are mostly low showing that the semi-automated system gives very good reproducibility. Native background contributions from the system are very low. The automated sample concentration step (to dryness) accounts for little loss of these compounds. The semi-automated system provides an inexpensive alternative to both manual and automated methods, with fast processing times between 50 and 75 min (depending on the different loading times described in the methods). Samples can be taken from collection bottle to a LC vial in one quick, consistent, reproducible process.