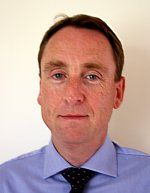 Figure 1 is a schematic representation of trastuzumab, a monoclonocal antibody (mAb) therapeutic agent used in the treatment of HER2 positive metastatic breast cancer and recombinantly produced in Chinese hamster ovarian (CHO) cells. Various regions and features of the protein are outlined in the figure caption and represent some of the important features of the drug that need to be characterized.

Protein Titer (Assay)
During manufacture, the amount of protein in the reaction mixture needs to be determined and this is achieved using columns onto which a protein A or G ligand is immobilized. The monocolonal antibody is retained via conjugation with the Fc region of the mAb while all other species are unretained. The antibody is then released using a low-pH eluent (pH 2.6 typically). This form of separation is known as affinity chromatography.

Charged Variant Analysis
Ion-exchange chromatography is typically used to monitor for enzymatic or chemically induced post-translational modifications (PTMs), which result in charge differences between proteins and can affect efficacy, stability, and toxicity. Monoclonal antibodies are typically net positive (basic) and cationâexchange chromatography is used for characterization and release testing, with the eluent pH adjusted to promote the charged form of both the analyte and stationary phase surface. Elution of the intact protein is typically facilitated using salt or pH gradients, the latter being more amenable to mass spectrometry (MS) detection; small particle size columns have been introduced to facilitate rapid, high efficiency separations.

Size Analysis
Size-exclusion chromatography (SEC) is used to separate proteins, fragments, and aggregates according to their hydrodynamic volume, which is a product of analyte mass, folding, and size of the hydration shell, and is used for both characterization and release testing. Silica or polymer stationary phases are used to physically “filter” the species via the pore structure, and the careful selection of the correct pore size range is important. Aggregation and fragmentation of mAbs affect the efficacy and toxicity of the species, and this testing can reveal not only macro changes, such as fragmentation at the hinge region (region 1 in Figure 1), but also subtle differences in linkages between light and heavy chains.

Structural Characterization
Intact and partially fragmented proteins can be analyzed using reversed-phase chromatography with small particles possessing relative large pore diameter (volume) (300 Å being typical) and using shorter ligands such as C4. High-efficiency particles such as the sub-2-µm or core–shell particles combined with short, narrow column geometries are sometimes used when high throughput is necessary. Typically, digestion techniques are used to obtain the Fc and Fab regions (using dithiothreitol) or light and heavy chains (papain) where differences in sequence or modification of the constituent amino acids can be determined.

Glycan Analysis
Region 3 in Figure 1 shows the glycan (sugar) region of the mAb, which determines efficacy of the protein. The sugar subunits of glycans are vitally important and are used to optimize efficacy and to produce “biosimilar or biobetter” molecules that are the “generics” of the biopharmaceutical world. After enzymatic cleavage and labelling, hydrophilic interaction liquid chromatography (HILIC) is typically used to separate the various glycoforms, which are highly hydrophilic; fluorescence or MS detection are used depending on the labelling reagent used.

Amino Acid Analysis
Amino acid analysis is a regulatory requirement and following acid hydrolysis and labelling with OPA or FMOC reagents, separation is achieved using C18 columns, with core–shell and sub-2-µm particles becoming increasingly dominant. The stability of the phase at high pH is important, and onâline derivatization followed by fluorescence or UV detection is growing in popularity.

For a full treatment of the topics included here please visit: www.chromacademy.com/HPLC-Techniques-in-Biopharmaceutical-Analysis.html or see reference 1.

This article was featured in LCGC's digital magazine, The Column. Click here to view the full issue>>