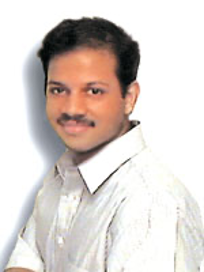 A biosimilar is a drug product that has been deemed to be highly similar to its off-patent reference product in terms of purity, molecular structure, and bioactivity. Approvals to such products are granted on the basis of unambiguous demonstration of “no clinically meaningful differences” between the reference and the intended biosimilar. For a successful biosimilar approval, establishing analytical and functional biosimilarity across all relevant critical quality attributes is an essential prerequisite. This critical activity is performed using a combination of orthogonal, high-resolution tools that can accurately quantitate the minor differences that exist. In this article, we review key findings from some of the recent biosimilarity assessments that we have published on biosimilars of granulocyte-colony-stimulating factor (G-CSF), insulin glargine, rituximab, and trastuzumab.

Biosimilars are defined as biotherapeutic drugs that have been shown to have a highly similar quality, safety, and efficacy profile to the original product. Fuelled by the patent cliffs, the focus of the biopharmaceutical industry has rapidly shifted towards production of biosimilars. For a successful biosimilar approval, establishing analytical and functional biosimilarities across all relevant critical quality attributes (CQAs) is an essential regulatory prerequisite. Unlike conventional small molecule drugs, biosimilars exhibit high complexity at the molecular level. Therefore, slight variations during the manufacturing of these complex protein molecules may lead to significant changes in the safety and efficacy profile of the therapeutic product. Biosimilarity exercises conducted toward this end are resource-intensive, requiring the use of multiple biophysical techniques that are sufficiently able to map the CQAs in comparison to the reference product (1). Here, we briefly describe the analytical and functional biosimilarity assessment platform and review key findings from some of the recent published assessments. The work highlights comparability across marketed Indian biosimilars while emphasizing the utility of a well-designed analytical platform sensitive enough to tease apart the variation present with respect to the CQAs (Table I). The twofold purpose of these biosimilarity exercises is to perform a quality evaluation of the marketed products in the public forum for uptake by practitioners and patients alike, and to serve as a feedback mechanism for the regulators on the rigorousness of the regulatory approval process.

Filgrastim, or recombinant methionyl-granulocyte colony stimulating factor (rG-CSF), is a glycoprotein (18.8 KDa) that significantly impacts proliferation and differentiation of cells of hematopoietic lineage. It is licensed for reducing the incidence and duration of post-chemotherapy neutropenia in patients with nonmyeloid malignancies and for mobilizing hematopoietic progenitor cells in transplantation patients (2). The innovator product is sold under the brand name Neupogen and is manufactured by Amgen. The patents on Neupogen expired in the United States in December 2013 and in Europe in 2006 (3). With Neupogen as the standard, biosimilarity assessment was undertaken for five marketed biosimilars (Emgrast from Gennova Biopharmaceuticals Ltd, Lupifil from Lupin Pharmaceuticals, Colstim from Zydus Cadila, Neukine from Intas Biopharmaceuticals, and Grafeel from Dr. Reddy’s Laboratories) manufactured and approved in India. The analytical and functional platform used is as tabulated above (Table I). Although an overall similarity was observed amongst the biosimilar products, the analytical strategy sensitively identified the presence of an atypical conformational variant present in three of the biosimilars through reversed-phase liquid chromatography (RPLC) and fluorescence detection (FLD) (2). Presence of a similar variant has previously been reported as an oxidized species.

Insulin glargine is the first basal long-acting insulin analogue (6063 Da) produced in E. coli by recombinant DNA technology. Its aqueous solubility is low at the physiological pH level, resulting in delayed absorption and a slower release (4). The innovator product is sold under the brand name Lantus and is manufactured by Sanofi. Patents on Lantus expired in 2014 in both the United States and the European Union (EU) (5). We evaluated the biosimilarity of four marketed Insulin glargine products: Glaritus (Wockhardt Ltd), Basaglar (Eli Lilly), Basugine (Lupin), and Basalog (Biocon) across relevant CQAs through molecule specific analytical and functional characterization (see Table I).

Although an overall structural and functional similarity was observed across insulin glargine biosimilars with respect to the innovator product, low amounts of product-related variants were seen in some biosimilars with a potential to impact product stability if found in higher amounts. Biosimilar 4 exhibited higher content of high molecular weight species (HMWs) and related substances (RS) in comparison to the other products. Biosimilars 1 and 3 exhibited a higher rate of impurity generation per week. Furthermore, the percent aggregation in accelerated stability studies was found to statistically correlate (R2 = 0.99, root mean square error (RMSE) = 0.095) with the percent aggregation at 0 days and the number of months from expiration, highlighting the overarching impact of the latter. In this study, based on available spectroscopic and chromatographic data and assisted by statistics, an order of biosimilarities was denoted to the products in the following order: Lantus, biosimilar 2, biosimilar 4, biosimilar 1, and biosimilar 3.

Rituximab was the first monoclonal antibody (mAb) approved for cancer treatment (B cell lymphoma) and was subsequently approved for immune-mediated and inflammatory diseases (such as rheumatoid arthritis and Wegener’s granulomatosis). It is an IgG1k chimeric mAb (~145 KDa) produced in Chinese hamster ovary (CHO) cells and targets the B-cell surface receptor CD20 (6). The innovator is sold under the brand name Ristova and is manufactured by Roche. The patent on rituximab expired in September 2016 in the United States and in November 2013 in the EU (3). Since then, several biosimilars for the blockbuster drug have populated the marketplace. Biosimilarity assessment for rituximab included a comparison across five available marketed biosimilars: Reditux (Dr. Reddy’s Laboratories), RituxiRel (Reliance Life Sciences), Mabtas (Intas Biopharmaceuticals), Maball (Hetero drugs), and Cytomab (Alkem Laboratories). One of the highlights of this study was utilizing procainamide labelling for quantifying the released glycans of the biosimilar products. As opposed to glycan profiling for the intact or reduced molecule, the information gained through labelling post-glycan detachment from the peptide backbone allowed for the quantitation of monosaccharides, such as sialic acid and other low abundance glycans. Biosimilar 2 was found to be the most similar with Ristova. Although G0F (55.8% vs. 26.1%) was the most abundant glycoform present in Ristova and most biosimilars, G2F (26.4% vs. 6.9%) was the most abundant glycoform in biosimilar 3. Biosimilar 3 also possessed a high percentage of galactosylated glycans (26.4% vs. 6.9%) and a low percentage of sialylated glycans (3.1% vs. 0%). Biosimilar 1 contained a higher amount of mannose group (3.1% vs. 0%) and afucosylation (2.4% vs. 0.6%) compared to the innovator Ristova. The analytical characterization platform also explored inter-product variability with respect to size (biosimilar 3) and charge variants (all except biosimilar 2)(6).

Trastuzumab is a humanized IgG1k mAb (145.53 KDa) directed against an epitope on the extracellular juxta membrane domain of the antihuman epidermal growth factor receptor (HER2). It is licensed as a therapy primarily for treating metastatic and early HER2-positive breast cancer. It was later indicated for HER2-overexpressing metastatic gastric cancer (7). The innovator product for trastuzumab is sold under the brand name of Herceptin (Herclon in India) and manufactured by Roche. The patent for the trastuzumab innovator expired in June 2019 in the United States and in July 2014 in the EU (3). Biosimilarity assessment consisted of four marketed biosimilars: Trasturel from Reliance Life Sciences, Canmab from Biocon, Vivitra from Zydus Ingenia, and Hertraz from Mylan (8). Through the correlation of structural deviations observed with product efficacy and potency (functional characterization), this study highlighted the structure-to-function relationship in biotherapeutics. Compared to the innovator, deviations observed in glycosylation, size, and charge variants consistently translated into reduced potency as measured through antibody-mediated cytotoxicity (ADCC) and complement dependent cytotoxicity (CDC) assays as observed in the case of biosimilar 2 (8).

A well-designed analytical and functional similarity assessment plays a foundational role in the biosimilar approval process. As such, these studies need to be designed in accordance with the regulatory requirements of the jurisdiction for which the product is intended. Such unbiased academic studies also serve as a checkpoint for ensuring the efficacy of the regulatory approval process and also as a confidence building exercise in the manufacturing capability of organizations falling within a specific jurisdiction in developing efficacious biosimilar products.