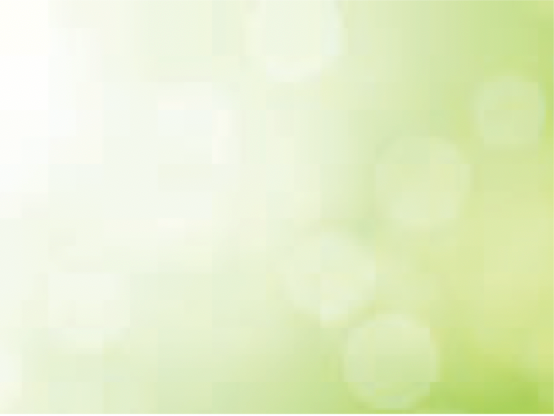 Since its inception nearly half a century ago, two-dimensional liquid chromatography (2D-LC) has seen advances in separating complex materials (1,2). Over the past 10 years, the emergence of more robust commercial instruments and high-efficiency small-particle and core–shell particle columns has led to a higher adoption rate of 2D-LC by academic and industrial laboratories, a significant improvement in analysis time and data quality, and the development of many novel applications (3–6).

Creating a sustainable future for the next generations is the mission of many governments and corporations, and the passion of scientists around the world. Developing more sustainable, affordable, and higher-performance industrial and consumer products requires chemistry and material science innovations. Synthetic polymers are critical materials used broadly in our daily lives, such as packaging, building materials, paints, detergent, and processed food. They are inherently heterogeneous and often consist of complex molecules that differ in molar mass, chemical composition, functional group, architecture, and microstructure. In recent years, biodegradable and biosourced polymers have become desired sustainable materials, but they often render complex compositions, making characterization a significant challenge for analytical chemists. In-depth analytical characterization of these new materials has become a critical step in new product development to ensure safety, performance, and sustainability-related properties.

Spectroscopic and mass spectrometric based techniques such as nuclear magnetic resonance (NMR) spectroscopy, Fourier-transform infrared spectroscopy (FT-IR), matrix-assisted laser desorption/ionization time-of-flight mass spectrometry (MALDI-TOF-MS), and pyrolysis gas chromatography–mass spectrometry (Py-GC–MS) are commonly used for characterization of polymers. As “bulk” techniques, NMR, FT-IR, and Py-GC–MS can provide information only on distribution averages within the materials. MALDI-TOF-MS often suffers from ion suppression and discrimination, especially for polymers and copolymers with high polydispersity and complexity (7). Hyphenation of these techniques with separation-based techniques has been widely reported (8). However, even when combined with advanced detectors, one-dimensional separations are often insufficient for the resolution of highly complex polymer samples.

One of the biggest challenges with LC×LC is mobile-phase compatibility of the two separation dimensions, especially when pursuing maximal orthogonality between two separation dimensions. In SEC×RPLC coupling, a strong solvent, such as 100% tetrahydrofuran (THF), used in the first dimension can completely prevent analyte retention on the second dimension (2D) LC column, and this phenomenon is often referred to as the breakthrough effect (19). The solvent compatibility problem can also be detrimental in the reverse coupling of RPLC with SEC in RPLC×SEC mode, because the first dimension (1D) mobile phase can cause detector baseline stability problems for detectors sensitive to mobile-phase composition, such as refractive index (RI) detectors, and peak shifting problems in the 2D SEC separation causing inaccurate MW determination. To address mobile-phase incompatibility challenges, several modulation strategies have been developed including stationary-phase-assisted modulation (SPAM) (20), active solvent modulation (ASM) (21,22), vacuum-evaporation modulation (VEM) (23), and at-column dilution (ACD) modulation (24).

In our recent study of vinyl acetate, itaconic acid, and acrylic acid terpolymer dispersants, an SEC×RPLC method was developed to study compositional heterogeneity as a function of molecular weight. Uniform incorporation of all three monomers with disparate reactivity ratios is challenging, yet critical to achieving a balance of performance, cost, and biodegradability. Formation of undesired homopolymers or copolymers can lead to solubility and performance issues for the intended application of the terpolymer material. In this method, ASM was applied to alleviate the mobile-phase compatibility problem (12). With optimized ASM conditions, polymer breakthrough on the 2D column because of the strong THF eluted from the 1D SEC separation was completely prevented.

Two samples made with different process conditions were compared, as shown in Figure 1. The sample on the left exhibited a more homogeneous composition, whereas the one on the right showed a more heterogeneous composition because of the formation of homopolymers and copolymers, which is an example of how 2D-LC can provide a new level of characterization detail beyond typical size-based separation or average-composition analysis.

Another important area of application for 2D-LC polymer analysis is the separation of complex polymer mixtures or formulations containing polymers and numerous related ingredients. In many demanding applications, a single polymeric ingredient can seldom meet all the performance, cost, and environmental impact requirements. As a result, polymer blends along with many polymeric additives are frequently used in formulated products. These complex mixtures are a challenge to analyze, especially when there are significant variations in the amounts of each polymeric constituent present in the sample. We recently reported LC×LC separation of commercial detergents to identify and quantify polymeric dispersants used in each product (15). The automated screening method allowed rapid identification of polymeric dispersants in many commercial detergent samples. Two-dimensional heat maps from selected samples are shown in Figure 2. The direct visualization made it intuitive to differentiate dispersant combinations used in each detergent product.

Although the potential of 2D-LC for polymer analysis has been demonstrated in many applications, the technique is still considered in its infancy with some critical remaining challenges and many future opportunities. Accurate quantification is the ultimate challenge, due to the incompatibility of RI detectors with gradient conditions and the limited applicability of an ultraviolet (UV) detector, given that many polymers are not UV-responsive. Universal detectors such as evaporative light scattering detectors (ELSD) and charged aerosol detectors (CAD) give a non-linear response, and show strong response dependence on mobile-phase conditions and chemical composition. In the aforementioned detergent study, we attempted quantification from the signals collected with ELSD using non-linear calibration curves made from the analysis of calibration standards at different concentrations. However, for complex polymers for which standards are unavailable or unobtainable, such as process samples containing polymeric impurities, it would be highly challenging to achieve quantitative analysis using 2D-LC. Therefore, innovations in universal, linear response, gradient compatible, and analyte-composition independent detectors are highly desired and deserve more attention.

Another area of focus for 2D-LC polymer analysis is hyphenation with information-rich detectors, such as mass spectrometric (MS) detectors, to gain a new understanding of polymeric samples at the molecular structural level. Although MS detection for polymers suffers from mass-range limitation, ion suppression, multiple-charging, and complex adduct formation, many examples of one-dimensional separation coupled online to MS have been reported for various polymer samples (8). The much higher resolving power of LC×LC can significantly reduce the complexity of the effluent entering the MS, hence alleviating ion suppression, and reducing spectral complexity. By combining MS data with a 2D separation, it is also possible to extend the understanding of polymer compositions to a higher molar mass range exceeding the mass range limit of MS detectors.

In conclusion, 2D-LC is a powerful technique for the characterization of advanced polymeric materials and complex polymeric mixtures. Furthermore, new insights in molecular structures and formulation compositions can be gained through coupling of different separation modes and hyphenation with universal and information-rich detectors.

Drs. Linh Le, Wayde Konze, Jim Alexander, Samir Julka of Dow Inc. are acknowledged for their support. Dr. David Meunier, also of Dow, is acknowledged for his help in reviewing the manuscript. Agilent Technologies is acknowledged for providing the 2D-LC instrument for the initial exploration work, and the technical support on hardware and software.