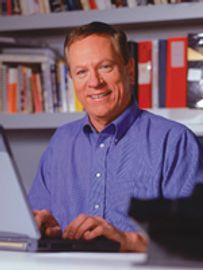 Ron Majors, editor of "Column Watch" and "Sample Prep Perspectives," has been with LCGC North America for over 26 years. Currently a senior scientist with Agilent Technologies, Wilmington, Delaware, Ron is known industry-wide as one of the premier chromatography experts in the field. He is also a member of LCGC's editorial advisory board.

A brief introduction to the articles presented in this supplement

In this special supplement to LCGC North America, you will find the latest updates on high performance liquid chromatography (HPLC) and ultrahigh-pressure liquid chromatography (UHPLC) column technology. This year's supplement has an emphasis on columns for both small molecules and macromolecules, particularly those developed for the biopharmaceutical and biotechnology industry.

Since the last supplement on liquid chromatography (LC) column technology in 2012, the continued interest in high-throughput separations and productivity increases has been a strong driving force in column development. The rapid adaptation of superficially porous particle (SPP) columns, also referred to as core–shell or fused-core particle columns, has been phenomenal. In my recent Pittcon 2014 article (1), in terms of new product introductions, it seems the entire columns world has turned to SPP as the favored type of high performance liquid chromatography (HPLC) or ultrahigh-pressure liquid chromatography (UHPLC) column, with SPP introductions exceeding sub-2-μm columns by a 10:1 margin. It is no wonder — the most popular SPP columns of 2.6–2.7 μm particle size provide the same efficiency as the sub-2-μm columns (1.7–1.9 μm) yet present only half of the back pressure. In addition, the introduction of larger SPP particles up to 5 μm, including larger-pore versions for protein and peptide separations, have been noted as well as sub-2-μm SPP versions, which offer phenomenal efficiencies at the expense of higher back pressure. Because many users have upgraded to UHPLC instruments with pressure capability up to 19,000 psi, the increased pressure requirements did not constitute a large burden. A bigger problem facing instrument companies is to provide low-dispersion flow systems that can bring out the potential ultrahigh efficiency of these small-particle SPP columns.

This issue is devoted to columns that are particularly suited to the pharmaceutical industry. In particular, the overwhelming interest in biological-based drugs has spawned further interest in improvements of columns that can handle large biomolecules such as proteins and nucleic acid species. In addition, a new industry of biosimilars is popping up that presents challenges to the regulatory bodies in providing drug safety and efficacy information where chromatography is a key analytical tool.

In terms of the rapid changes occurring in the biopharma world, all one has to do is to look at the total sales of pharmaceuticals in the last few years. Figure 1a shows a chart of the top 200 drugs in terms of revenue in 2006, only a short 8 years ago when biopharmaceuticals were already in progress. (I don't expect you to read the details of these charts but to look at the number of those boxes highlighted in green; for high resolution charts go to reference 3.) In that year, out of a total of 200 top-selling drugs only 19 were drugs of biological origin. A similar chart for 2012 is depicted in Figure 1b. In this chart there are a total of 50 drugs that fit the biological category, more than 2.5 times the number compared to only 8 years ago. It is expected that this trend will continue.

To update LCGC readers in columns for new drug entities, I have assembled an excellent selection of separation science experts to bring us up-to-date in specific areas of stationary phase technology. First, Dick Henry, well known to many of us in the separation science field, discusses the role of particle size distribution in chromatography efficiency and pressure. There has been a lot of discussion recently about whether or not the narrow particle distribution of SPPs is mainly responsible for the efficiency gains for these particles, but Dick will show you that even totally porous particles can gain from having a narrow size distribution. The team of Tim and Karen Ward of Milsaps College, experts in chiral column technology, update us on their 2012 article (4) covering new columns for this important area of pharmaceutical analysis. It is well known that enantiomeric purity can control the effectiveness of administered drugs where one racemate is beneficial while the other racemate can cause side effects or even worse.

Next, Dave Carr of Bioanalytical Technologies, who has been teaching about characterization and analysis of protein therapeutic drugs for years, discusses the role of new columns in tackling difficult separations of polypeptides, peptides, and proteins by a variety of modes including reversed-phase chromatography, ion-exchange chromatography, and size exclusion-chromatography (SEC). In the following article written by Linda Lloyd, a biocolumns product manager at Agilent Technologies, the separation technique of SEC is examined more deeply with an emphasis on protein aggregation. She looks at how SEC can provide analytical data in upstream and downstream production as well as play a major role in the formulation studies and quality control of drug substances and drug products such as monoclonal antibodies. Joe Glajch of Momenta Pharmaceuticals brings an industrial perspective on the impact of new columns on drug development, particularly with his involvement in the biosimilars. He discusses the use of monoliths, sub-2-μm porous particle, and SPP columns in his laboratory with examples of rapid N-glycan, tryptic peptide, and amino acid, and heavy and light chain variants of an IgG monoclonal antibody analysis.

Last but not least, Mirlinda Biba and coworkers from Merck tackle the relatively new area of oligonucleotide-based pharmaceuticals. Biba is in the process of getting her PhD from Drexel University and is well versed in the needs of the high purity requirements for the development of oligos destined to become potential therapies for the treatment of disease from her work at Merck.

I hope that you enjoy this special supplement and find something of interest and value that may help you in solving your liquid-phase separation problems.

Ronald E. Majors is the editor of "Column Watch" and "Sample Prep Perspectives." He is also an analytical consultant and a member of LCGC's editorial advisory board. Direct correspondence about this column to lcgcedit@lcgcmag.com