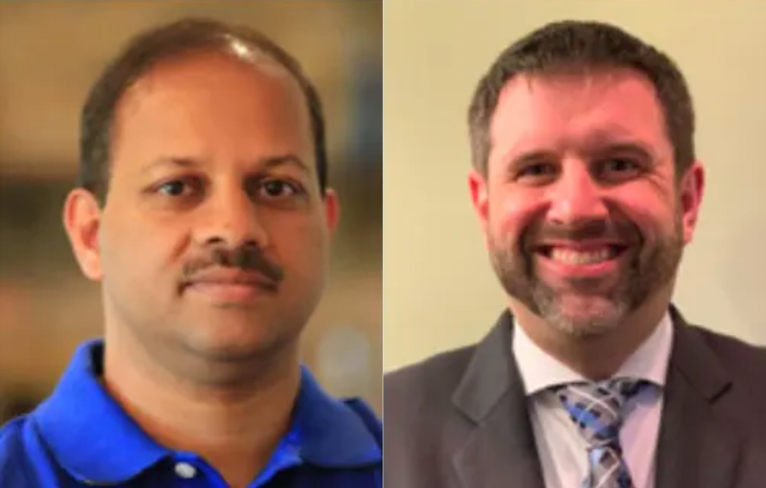 Monoclonal antibodies (mAbs) dominate the pipelines in the biopharmaceutical industry today. Being complex products, this class of molecules has numerous critical quality attributes (CQAs). Their thorough characterization is a necessary and critical component of biopharmaceutical product development. One CQA is size-based heterogeneity. Aggregates are widely considered a CQA because of their likely impact on the immunogenicity of the product. There is no single analytical tool that can accurately characterize aggregates because of the significant diversity that they exhibit with respect to size, structure, and morphology. As a result, it is common practice to use multiple, orthogonal analytical tools for aggregate characterization. This article reviews efforts targeting the use of two-dimensional liquid chromatography (2D-LC) and mass spectrometry (MS) for aggregate characterization.

Two-dimensional liquid chromatography (2D-LC) is a technique that is capable of resolving heterogeneity of a biological sample via using two different LC columns, each corresponding to a different separation mechanism. The concept of 2D-LC has been around since 1944, when separation of amino acids was performed using a thin cellulose sheet and applying two different solvents, one after another, in different directions (1). This 2D-LC workflow was offline and tedious. Various coupling strategies have been conceptualized thereafter along with major developments in hardware, where first dimensional eluents are selectively transferred to the second dimension for separation of heterogeneous molecules within a single time frame (2). Advanced 2D-LC allows online analysis of samples without the need for in-between manual intervention, subsequently reducing offline workflow drawbacks including buffer exchange, sample loss, and contamination (3). General instrumentation of 2D-LC involves using an autosampler with binary or quaternary pumps, switching valves, two column compartments, and two diode array detectors (DADs) (Figure 1). The principle of 2D-LC is mainly based on a set of pumps and loop-valves present in-between the two chromatographic chambers, which collect and store the analyzed peak from the first dimension and subsequently transfer it to the second dimension. For inline analysis of 2D-LC, peaks can further be identified or characterized using mass spectrometry (MS) (4). The biopharmaceutical market as of 2021 occupies approximately 400 billion USD of the global market share and is further expected to grow annually at the rate of 7% (5).

Monoclonal antibodies (mAbs) are the fastest growing therapeutics in the pharmaceutical industry and constitute a major portion of the biopharmaceutical market (6). These products are known to be complex and have numerous critical quality attributes (CQAs) that are known to impact the product’s safety and efficacy. As a result, the manufacturer is expected to closely monitor these during their production and distribution and have suitable process controls in place to ensure that the final product has consistent quality. One of these many CQAs is the size-based heterogeneity of aggregates. These are particularly difficult to analyze as they vary in size (from dimer to visible particles), morphology, and structure. As a result, no single analytical technique is sufficient for their accurate characterization. The typical approach that the manufacturer takes is to use multiple, orthogonal, high-resolution analytical methods for characterization and monitoring of protein aggregates. In light of these challenges, 2D-LC coupled with MS offers potential for this application (7,8).

In this article, we review the different approaches and coupling strategies that have been used to analyze aggregates through 2D-LC. One of the earliest applications of 2D-LC for aggregate analysis is that for antibody drug conjugates (ADCs) (9). Because the structure of ADCs is more complex and heterogeneous than that of corresponding antibodies (10), there is a need for newer characterization approaches to supplement the traditionally used, labor-intensive, and time-consuming analytical approaches like competition enzyme-linked immunosorbent assay (ELISA) (11), reversed-phase (RP) high performance liquid chromatography (HPLC) (12), protein precipitation, and solid-phase extraction (SPE) assay (13). By accessing 2D-LC technology, size exclusion chromatography (SEC) in the first dimension and RP in the second dimension, researchers have successfully analyzed the size-based heterogeneity, along with the conjugation and formulation of unconjugated small molecule drugs (14). MS detectors have also been successfully used to identify small molecular species, thereby elucidating the degradation pathways of the ADCs as well as to study the stability of an ADC at different temperatures and formulation pHs (15). Although SEC in the first dimension characterized the ADC aggregates, RP-HPLC in the second dimension differentiated the small molecular degradation products (16). Researchers had successfully identified the major degradation pathways associated with drug antibody maleimide functional group linker by 2D SEC-RP association (17).

The two most commonly used 2D-LC fractionation modes to analyze aggregates are comprehensive mode and the heart-cutting approach (18). The comprehensive mode represents constant cutting of the first-dimension eluent followed by transfer to the second-dimension to obtain a wide-ranging sample profile. In contrast, the heart cutting mode selects the specific peak of interest and transfers that particular peak to the second dimension. Hence, the heart-cutting mode has been reported to be more suitable for the separation different size variants in mAbs (19).

Researchers have also attempted to improve recovery of aggregates in mAbs by using a novel hydrophobic capture phase as the injection loop in 2D-LC (30). A polyester capillary-channeled polymer (C-CP) fiber was used as a hydrophobic chromatography (HIC) capture phase and placed in between the protein A and size exclusion compartments, functioning with the heart cutting mode. The study revealed that the particular loop could enable higher recovery of aggregates (31). The ProA-HIC-SEC method has been proposed for testing the cell culture harvest in less than 10 min (32). Thus, the concept of fraction collection loop is quite successful for 2D-LC based analysis of aggregates and researchers are attempting to deliver high permeability and rapid solid-solution mass transfer characteristics of the HIC phase.

To analyze soluble aggregates, researchers have used SEC-IEX hyphenated with native MS (nMS) (33). The resulting SEC-IEX-UV-nMS offered detection via UV absorbance and mass detection in a single method. This approach has been successfully applied for analyzing a significant spectrum of biologics and biotherapeutics, to separate growth hormones, oligomer state distributions of liraglutides in solutions with different pHs (34), and native states of homodimers and heterodimers of force stressed studies of mAb mixtures (35). Researchers have indicated that by applying an external isocratic flow pump on a simple binary pump, any binary LC system can be transformed into a simple multi-dimensional analytical tool (35).

Researchers worldwide are showing increased interest in using 2D-LC for characterizing protein aggregates. Table I presents a summary of aggregation studies undertaken for mAbs specifically using SEC. It is evident that SEC in 2D-LC has also been used for excipient analysis during formulation development of mAbs, wherein methods like hydrophilic interaction chromatography (HILIC) and evaporative light scattering detector (ELSD) are usually employed in the second dimension. Researchers around the globe have already started establishing analytical methods of up to three to four dimensions with significantly high resolution. The advantages of 2D-LC are undoubtedly many. The technique can save time and labor, minimize product degradation, reduce manipulation and thus the chances of contamination, ensure product quality, and provide improved method attributes, including sensitivity, selectivity, and resolution. Of course, it is important to point out the challenges that are faced by users of 2D-LC as well. Incompatibility of solvents across two modes used for 2D-LC, higher complexity, more time required for analytical method development, and reproducibility are some of the hurdles that need to be crossed. However, there is no doubt that 2D-LC will continue to offer major developments in the time to come.