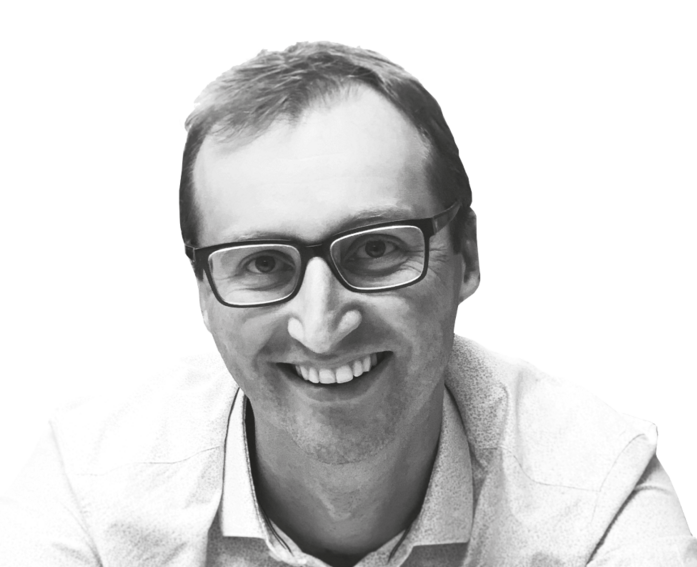 Monoclonal antibodies (mAbs) are being developed at an explosive rate and have attracted great interest from both smaller biotech firms and big pharmaceutical companies. Developing mAbs and next-generation antibody–drug conjugates (ADCs) is highly demanding in many ways. From an analytical perspective, handling mAbs and ADCs presents many new challenges. This article describes how size-exclusion chromatography (SEC) combined with high-resolution mass spectrometry (HRMS) can be applied to the detailed characterization of mAbs and ADCs.

Monoclonal antibodies (mAbs) are being developed at an explosive rate and have attracted great interest from both smaller biotech firms and big pharmaceutical companies. Developing mAbs and next-generation antibody–drug conjugates (ADCs) is highly demanding in many ways. From an analytical perspective, handling mAbs and ADCs presents many new challenges. This article describes how size-exclusion chromatography (SEC) combined with high-resolution mass spectrometry (HRMS) can be applied to the detailed characterization of mAbs and ADCs.

Monoclonal antibodies (mAbs) and antibody–drug conjugates (ADCs) have emerged as important therapeutics for the treatment of life-threatening diseases (1,2,3). Together with a huge therapeutic potential, these products come with an enormous structural complexity. In contrast to small molecule drugs, mAbs are large (150 kDa) and heterogeneous. Many structural variants may co-exist all contributing to the safety and efficacy of the product. As a result, the detailed characterization of these products requires an arsenal of analytical tools providing complementary information (1,2). Chromatography and mass spectrometry (MS) are indispensable in that respect and characteristics such as amino acid sequence, molecular weight and structural integrity, N- and O-glycosylation, N- and C-terminal processing, S-S bridges, free-cysteine residues, deamidation, isomerization, oxidation, clipping, sequence variants, as well as higher order structural information, can readily be extracted out of the data generated (1,2).

This article describes the use of SEC in combination with highâresolution (HR)MS to the detailed characterization of mAbs and ADCs. These measurements provide insight in mAb identity and structural integrity, post-translational modifications (for example, glycosylation) next to drug distribution and drug-to-antibody ratios (DARs). MS-compatible SEC conditions allowing separation and ionization in both denatured and native state are described. Native measurements are particularly important to study molecules maintained by noncovalent interactions. The value of column inertness for specific applications will be touched upon.

SEC has the lowest efficiency or resolution of all chromatographic modes, but it is extremely powerful to determine aggregation and fragmentation. SEC typically makes use of a buffer containing nonvolatile salts (for example, phosphate buffer at neutral pH), which is delivered isocratically to a column packed with particles with fixed pore sizes that govern the separation by hydrodynamic radius (22,23).

Indeed, molecules travel through the column at a speed depending on particle pore accessibility. Very large molecules are excluded and elute first; smaller molecules will be able to penetrate the pores to various degrees, depending on size. As such, SEC is the only chromatographic mode that does not rely on interactions with the stationary phase; if these do exist, they are considered as unwanted. The typical mobile phase conditions used in SEC are not compatible with MS. Indeed, in many applications, peaks are collected (on- or off-line) and desalted prior to mass spectrometric measurement (24,25,26).

Figure 1 compares the separations of the humanized mAb trastuzumab on a SEC column using a nonvolatile buffer and MS-compatible mobile phases that make use of volatile constituents. When using a phosphate buffer, sharp peaks are obtained and aggregates and fragments can be detected at levels as low as 0.1%. Spraying a phosphate buffer in the MS system, however, gives rise to a dirty source and lack of MS signal. When using a mobile phase containing 20% acetonitrile, 0.1% FA, and 0.1% TFA or 100 mM NH4-acetate, proteins can be nicely sprayed in the MS system generating high-quality MS data. The former mobile phase separates and sprays proteins in a denatured state, the latter in a native state, thereby maintaining noncovalent interactions.

Denaturing SEC–MS: SEC using a mobile phase containing 20% acetonitrile, 0.1% FA, and 0.1% TFA has successfully been applied on intact mAbs as well as fragments that originate from reduction (light and heavy chain – Lc and Hc), papain digestion (Fab and Fc), or IdeZ digestion (F(ab)’2 and Fc/2) (Figure 2).

The SEC–UV–MS analysis of papainâdigested Herceptin is shown in Figure 3. UV and MS chromatograms are very similar in terms of peak widths. The path from the UV detector to the MS system does not contribute substantially to peak dispersion in case the MS diverter valve is bypassed. Deconvoluted MS data associated with the annotated peaks are shown in Figure 4. Fab, Fc, and smaller fragments are identified and glycosylation revealed. The measured molecular weight (MW) values are well below 0.005% of the theoretical MW values. As can be deduced from the MS data of peaks c, d, and e in Figure 4, separation is not purely driven by size.

Figure 5 shows the SEC–UV–MS data of intact Herceptin. Several peaks are annotated and the corresponding deconvoluted spectra are shown in Figure 6. The intact mAb with a MW around 150 kDa is successfully measured and the glycosylation pattern is detailed. Fragments of the mAb, being half antibody, light chain dimer, cysteinylated (Cys), and glutathionylated (GSH) light chain, are also highlighted.

The SEC–UV–MS data of the supernatant of a trastuzumabâproducing CHO clone and the corresponding Protein A purified sample (intact and DTT reduced) are shown in Figure 7. Protein A binds the Fc region and can be used to selectively enrich mAbs out of cell culture supernatants. The corresponding MS data allow the annotation of the different peaks. Figure 8 presents the deconvoluted MS spectra associated with the Lc and Hc of the reduced Protein A purified sample. Insight in Hc glycosylation, Hc C-terminal lysine truncation, and Lc glycation is obtained. This once more illustrates the level of detail in mAb characteristics that can be obtained with the described SEC–MS method.

Native SEC–MS: Figure 9 compares the SEC–UV–MS measurements of IdeZ treated trastuzumab and the lysineâconjugated ADC adoâtrastuzumab emtansine using 20% acetonitrile, 0.1% FA, and 0.1% TFA or 100 mM NH4-acetate. Deconvoluted spectra associated with the annotated peaks are shown in Figure 10. Insight into glycosylation, DAR, and drug distribution is provided. When performing measurements in native conditions, the Fc fragment is maintained by noncovalent interactions as is nicely reflected in the deconvoluted spectra of peaks c and f. Indeed, since the Fc is maintained by noncovalent interactions, a MW of 50 kDa (Fc) is observed opposed to a MW of 25 kDa (Fc/2) in cases where organic solvent and acids are used (peaks b and e). As observed in Figure 9, secondary interactions exist when analyzing the ADC and these are particularly pronounced when using ammonium acetate as mobile phase. The cytotoxic drugs conjugated to trastuzumab have a hydrophobic nature and are prone to interact with the surface of the stationary phase, thereby overruling the SEC principle. This effect is somewhat limited in denaturing conditions since the acetonitrile used disrupts hydrophobic interactions between ADC and stationary phase. In recent years, several novel SEC columns have been introduced that limit nonspecific interactions (27). The analysis of IdeZâdigested adoâtrastuzumab emtansine on such a next-generation inert column using 100 mM NH4-acetate is shown in Figure 11. Deconvoluted spectra are shown in Figure 12. By coating the silica particles with a hydrophilic polymer, nonspecific binding is eliminated, allowing all DAR species to appear in one single SEC peak (compare the lower chromatograms in Figure 9 obtained on a firstâgeneration SEC column with the chromatograms in Figure 11 obtained on nextâgeneration inert SEC column).

SEC–UV–MS represents a powerful addition to the analytical toolbox and opens new possibilities towards the detailed characterization of mAbs and ADCs. Intact, reduced, papain, and IdeZ-digested mAbs and ADCs can be successfully analyzed. Furthermore, conditions can be found that allow to separate and spray proteins in denatured or in native state, thereby maintaining noncovalent interactions. Nonspecific interactions between ADCs and stationary phases can be limited by using next-generation inert SEC columns.

The authors acknowledge Maureen Joseph and Suma Ramagiri (Agilent Technologies, Wilmington, USA) and the colleagues from the biopharmaceutical industry who trigger and inspire them in developing and applying novel chromatographic and mass spectrometric methodologies and strategies to tackle their challenging questions.

Isabel Vandenheede is Scientist and Project Manager at the Research Institute for Chromatography (RIC, Kortrijk, Belgium).

Pat Sandra is President of the Research Institute for Chromatography and Emeritus Professor at Ghent University (Ghent, Belgium).

Koen Sandra is the editor of “Biopharmaceutical Perspectives”. He is the Scientific Director at the Research Institute for Chromatography and at anaRIC biologics (Ghent, Belgium) and Visiting Professor at Ghent University (Ghent, Belgium). He is also a member of LCGC Europe’s editorial advisory board. Direct correspondence about this column to the editor-in-chief, Alasdair Matheson, at amatheson@mmhgroup.com